Secrets, Denial, and, Decades Later, a Medal of Honor for a Vietnam Medic

Secrets, Denial, and, Decades Later, a Medal of Honor for a Vietnam Medic 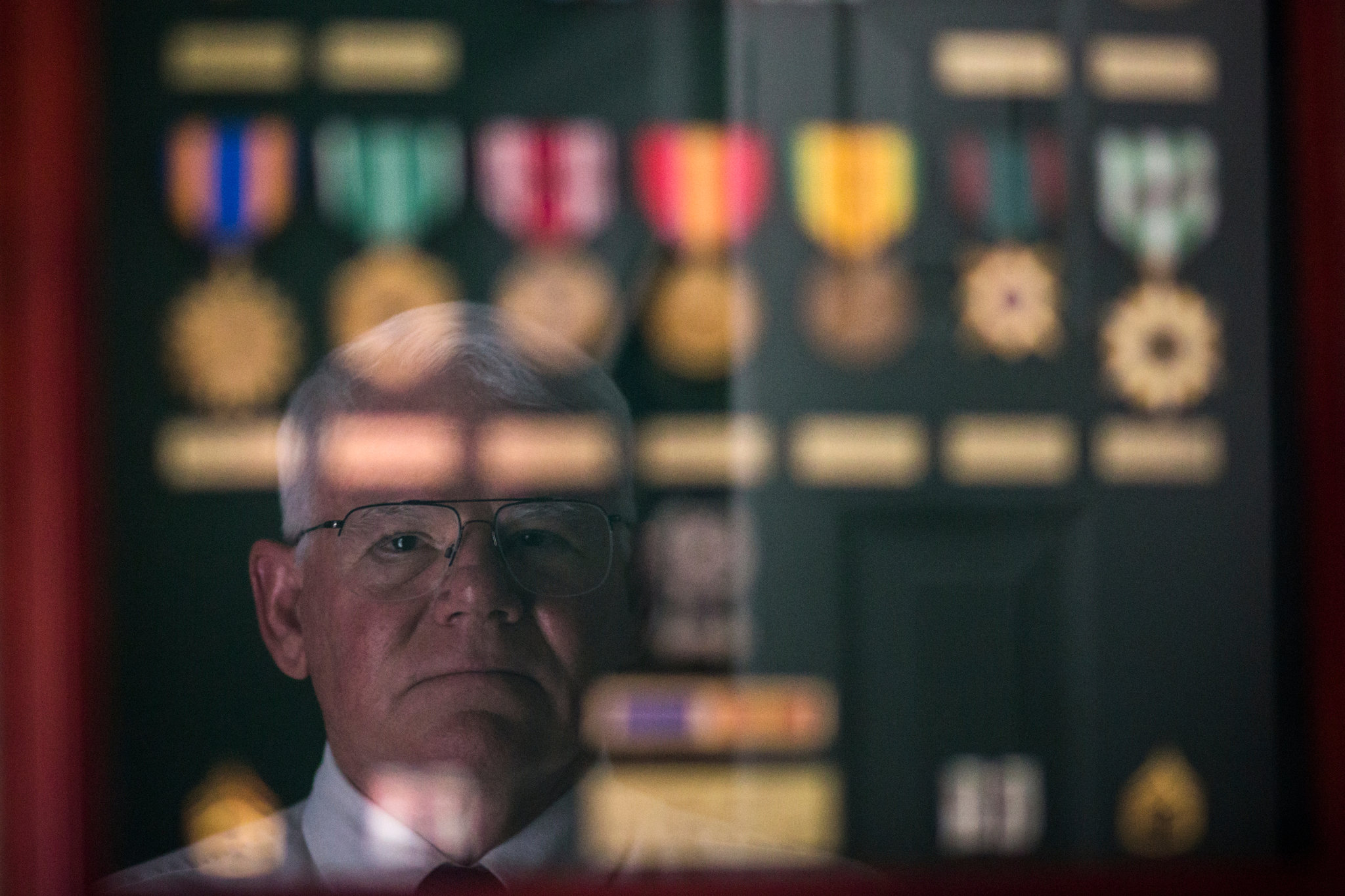 Sgt. Gary Rose, an Army medic who was involved in secret operations in Laos during the Vietnam War. After years of lobbying from members of his unit, he will be awarded the Medal of Honor.
JOE BUGLEWICZ FOR THE NEW YORK TIMES

HUNTSVILLE, Ala. — Unofficially, in the jungles of Laos in 1970, hundreds of North Vietnamese troops closed in on a small team of United States Army commandos. Unofficially, as men were shot down, a medic sprinted through a hail of bullets to help, hefting a man over his shoulder as he fired back with one hand. Unofficially, even when bloodied by a rocket, the medic kept going, not sleeping for days as he cared for 51 wounded soldiers.

Officially, though, American troops were not in Laos. So officially, nothing happened.

The medic, Sgt. Gary Rose, was part of the secret Studies and Observations Group, an elite division of Special Forces. After the assault, the group recommended him for the military’s highest award, the Medal of Honor. But at the time, President Richard M. Nixon was denying that American troops were even in Laos. The nomination was shelved, an example of what veterans of the group say was a pattern of medals being denied or downgraded to hide their classified exploits.

This summer that decision is poised to be reversed. After more than a decade of lobbying, Congress authorized the medal for Sergeant Rose, who now lives in Huntsville. His will be the first Medal of Honor to expressly acknowledge the heroics of a soldier on the ground in the so-called Secret War in Laos.

In the past, medal citations for the unit listed men only as “deep in enemy territory,” said Neil Thorne, a researcher and Army veteran who has drafted a number of medal applications in recent years for the group.

“The Army still doesn’t want to admit it,” Mr. Thorne said. “Even to this day, I put in Laos in a citation, the Army takes it out. It’s almost a game, but it’s not really funny. Rose is unique in that they finally left in the truth.”
During the Vietnam War, Laos was neutral and off limits to foreign troops. But the North Vietnamese used the jungles on the border between Vietnam and Laos to funnel weapons along the Ho Chi Minh Trail. The United States secretly sent in Special Forces to disrupt the enemy while not arousing protest from allies or the American public.

Since then, veterans of the Studies and Observations Group, which had one of the highest kill rates and highest casualty rates in Vietnam, have worked to gain recognition for men like Sergeant Rose.

“Because we were where we weren’t supposed to be, a lot of men never got what they deserved,” said Eugene McCarley, a retired lieutenant colonel who was the medic’s commander. “Rose is one of them. He was a damn good medic and the level of gallantry and disregard for his own safety that he showed — I’ve rarely seen anything like it.”

The group operated in Vietnam under the cover story that it was an academic unit evaluating strategy. In fact, its mission was to sow mayhem.

The Special Forces teams paired with indigenous mercenaries who opposed the North Vietnamese. They relied on stealth, many using weapons fitted with silencers. A few even carried hatchets and bows.

“It was a deadly game,” said Fred Dye, a company commander. “A lot of times we got the hell shot out of us. Sometimes teams didn’t come back.”

Mr. Dye was recommended for the nation’s third-highest military honor, the Silver Star. He never got it.

To hide American involvement, teams wore Asian uniforms with no rank and often carried foreign-made weapons. Even underwear and rations were from Asian countries. They called it “going in sterile.”

“That’s part of the reason so many awards were never given,” said John L. Plaster, a retired major who was in the group and has written books about its deeds. “We couldn’t really say what was going on.”

Mr. Plaster was also recommended for the Silver Star. He never got it.

On Sept. 11, 1970, the group launched one of its biggest missions of the war, Operation Tailwind. Helicopters dropped 136 men about 40 miles into Laos to “cause a huge ruckus,” Mr. Plaster said, and draw attention away from a C.I.A. operation to the north. 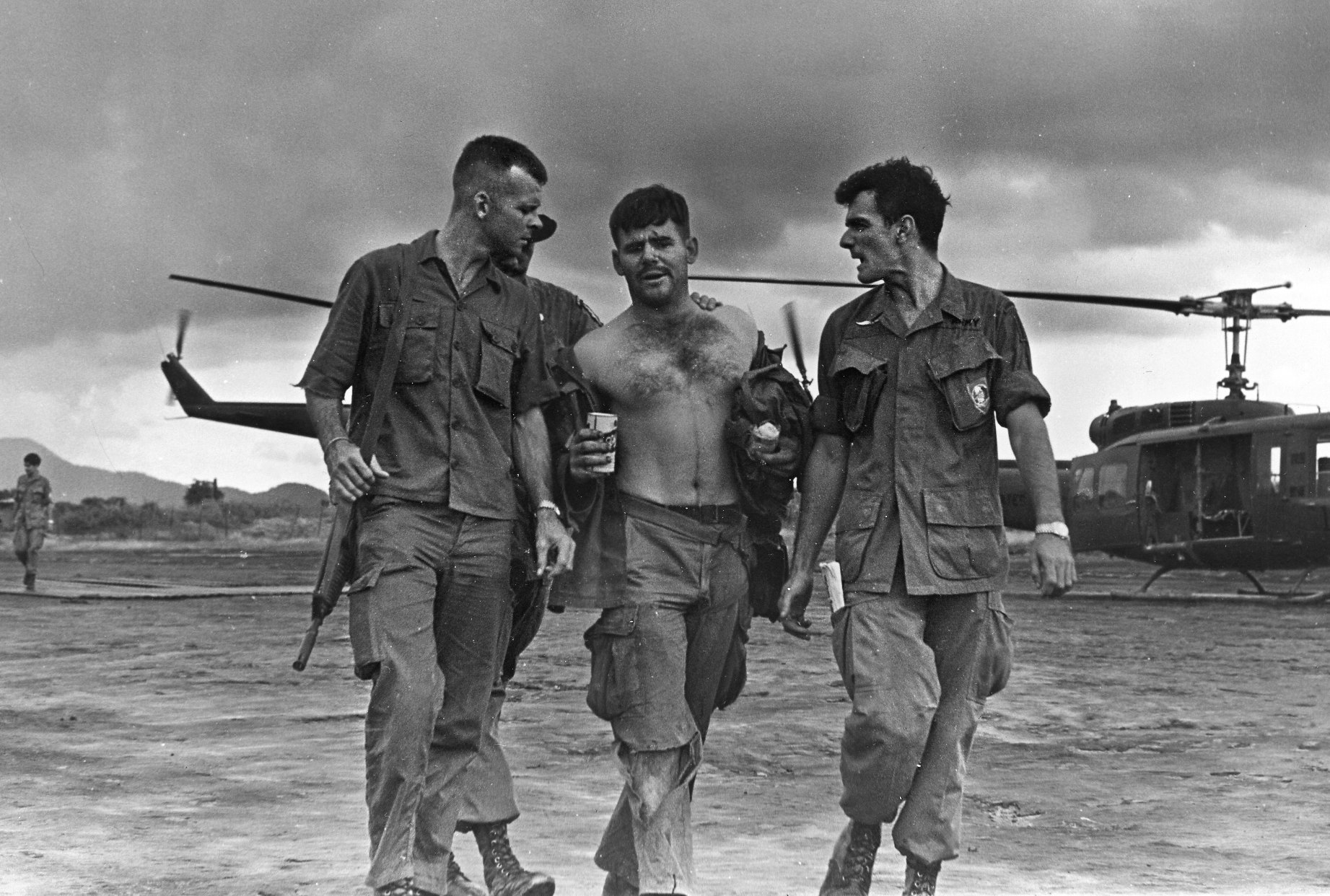 Sergeant Rose, who continued to treat wounded troops in Laos even after being wounded himself, was helped from a helicopter landing area after four days of fighting in 1970.
TED WICOREK
According to interviews and Army documents, North Vietnamese forces hit before the team even landed, piercing the helicopters with bullets. Three were shot before any boots hit the ground.

When the choppers touched down, the team swept into the jungle to escape enemy fire. The lone medic was Sergeant Rose, a soft-spoken 22-year-old from Southern California wearing a floppy jungle hat and camouflage face paint that did not quite hide his nerves. It was his second real combat mission. He had been wounded on his first.
Over the next four days, the company blew up ammunition bunkers and set fire to a supply camp, chased by an ever-increasing enemy force. By the end of the operation, a third of the company was wounded.

When a soldier was shot down in a clearing raked by machine guns, others yelled to stay down until the team could set up cover fire. But Sergeant Rose ran forward, firing as he went. He shielded the man to treat his wounds, then carried him to safety. “How or why Sgt. Rose was not killed in this action I’ll never know,” one platoon leader wrote in a statement at the time.

A few hours later a rocket-propelled grenade hit the command team, blowing the medic off his feet and punching shards of metal into his hand and foot. Ignoring his own wounds, he patched up the other men, stopping only later to fix his bloody boot.

That evening in the steaming forest, Sergeant Rose, already exhausted, dug long foxholes so the wounded could lie under cover. “All the night the enemy pounded us,” Mr. McCarley recalled. “Rose went from position to position, offering medical help and words of encouragement. I never saw him stop to eat, rest or treat his own wounds.”

Mr. McCarley was recommended for the nation’s second-highest military honor, the Distinguished Service Cross. He never received it.

By the third day, Sergeant Rose was all but out of morphine and bandages. He had rigged litters from bamboo for the worst off and tied the wrists of delirious men to other soldiers so they would not get left behind.

By the fourth day, when helicopters came to extract the team, enemy troops were so close that American planes dropped tear gas on their own men to drive the enemy back. Sergeant Rose was one of the last on the last helicopter, firing as he hobbled aboard.

When they lifted clear of the trees, he slumped to the floor of the helicopter, his marathon mission complete. Then a bullet pierced the neck of a door gunner, and the medic was up again. Out of bandages, he stopped the bleeding with a spare piece of cloth. As he worked, enemy fire hit the engines. The crippled aircraft crashed on a riverbank, spitting out men as it rolled.

Sergeant Rose, bleeding from his head, crawled into the wreckage.

“Fuel was leaking everywhere, that thing was ready to blow,” Dave Young, a sergeant in the company, said in an interview. “Rose went back in repeatedly until everyone was out.”

Few details of Sergeant Rose’s actions were ever made public. When his name was submitted for the Medal of Honor in 1970, Adm. John S. McCain, the father of Senator John McCain and commander of all forces in the Vietnam theater, turned it down.

He was awarded the Distinguished Service Cross in 1971.

Operation Tailwind stayed secret until 1998, when CNN and Time magazine erroneously reported that the mission’s aim had been to kill American defectors, and that the team had massacred hundreds of villagers while pilots dropped nerve gas.
Tailwind veterans united in fierce protest, then began pressing for recognition of men like Sergeant Rose. They spent years submitting applications and sworn statements. Now the sergeant’s medal just awaits the signature of the president.

A 68-year-old grandfather, the former medic lives in a tidy one-story brick house, and spends much of his time volunteering with poor and disabled people. On a recent morning, as he gave a tour of his church, he was more eager to talk about the congregation’s Tootsie Roll fund-raiser than about his role in a top secret commando raid.

“I just try to go through life doing as much good as I can,” he said with a shrug.

Over the decades, he has rarely thought about Operation Tailwind, he said, and is a bit embarrassed about the Medal of Honor.

“I didn’t do anything heroic,” he said. “I was just doing my job like everyone else.”

“It’s all a blur,” he continued. “I was oblivious. I was just so focused on the wounded that I didn’t see the machine guns.”

He paused, then added: “I don’t want to make it sound like I’m brave. The trembling, the throwing up, the fear, that always happened, but only after. In the moment, I was just concentrating on what I had to do. I didn’t want to let anyone down.”

Thanks for signing up!